This morning, Tim Curry decided to pack it up and head home. The team enjoyed him on the ride and most certainly was glad he decided to join them. He provided an element to the start of this trip that entertained the guys, up to this point. He’ll be missed.

The goal was to make it to Port Aransas, Tx today (at least) but, ideally, make it to Rockport, Tx where the team was set to be hosted by Melissa White, wife of Wayne White. Wayne is a member of The Explorer’s Club and is currently site manager for Amundsen-Scott South Pole Station. He is a world traveler and has an interesting array of memorabilia from his travels. While they were disappointed to not make Rockport, they will meet up with Melissa for a water refuel and a regroup in the morning, after paddling 11.5 miles.

The guys are camping on an island just south of the Port Aransas Lighthouse. The weather forecast calls for storms overnight and the winds continue to be fast. They are going to hunker down. If you recall, Jeff & West experienced major thunderstorms when on the Amazon River and during the Volga River Expedition. Throughout the day, they encountered a large number of speedboats and other sailing-type vessels. Winds were supposed to turn and help them in the afternoon…not sure if that happened.

Tomorrow, forecast calls for some rain. As I live along the coast, these storms are often pushed off very quickly. We hope that happens for the guys. Their next major goal will be Port O’Connor. It looks like that might take a day and half, if all goes according to plan (as things usually do, right?). 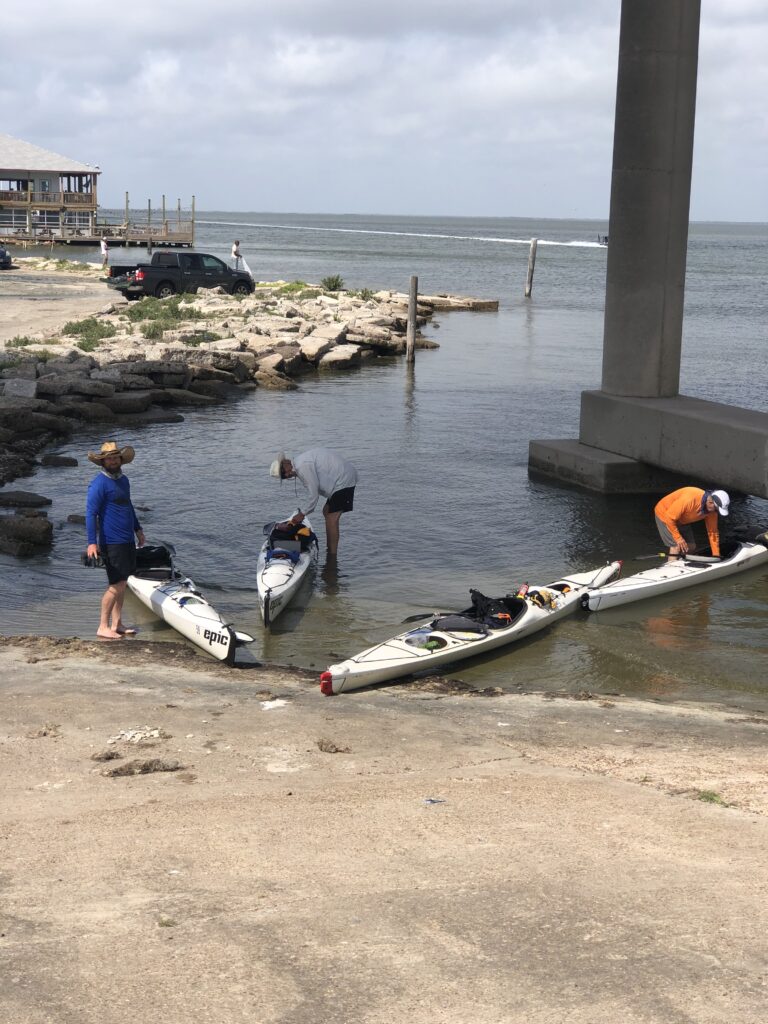 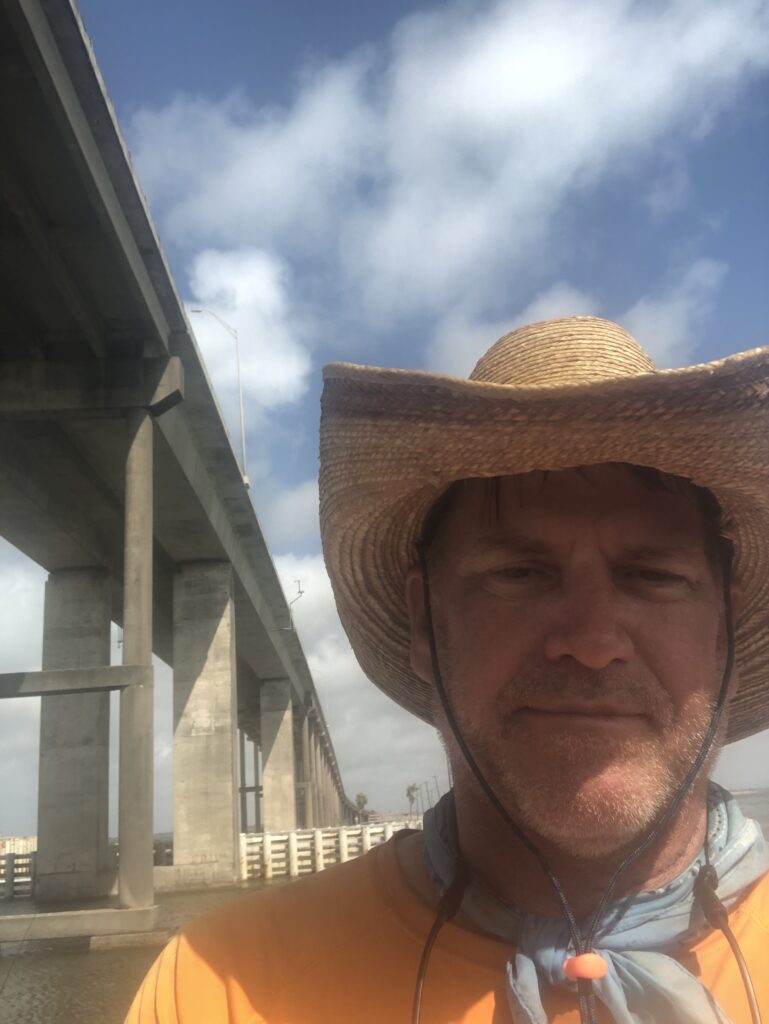 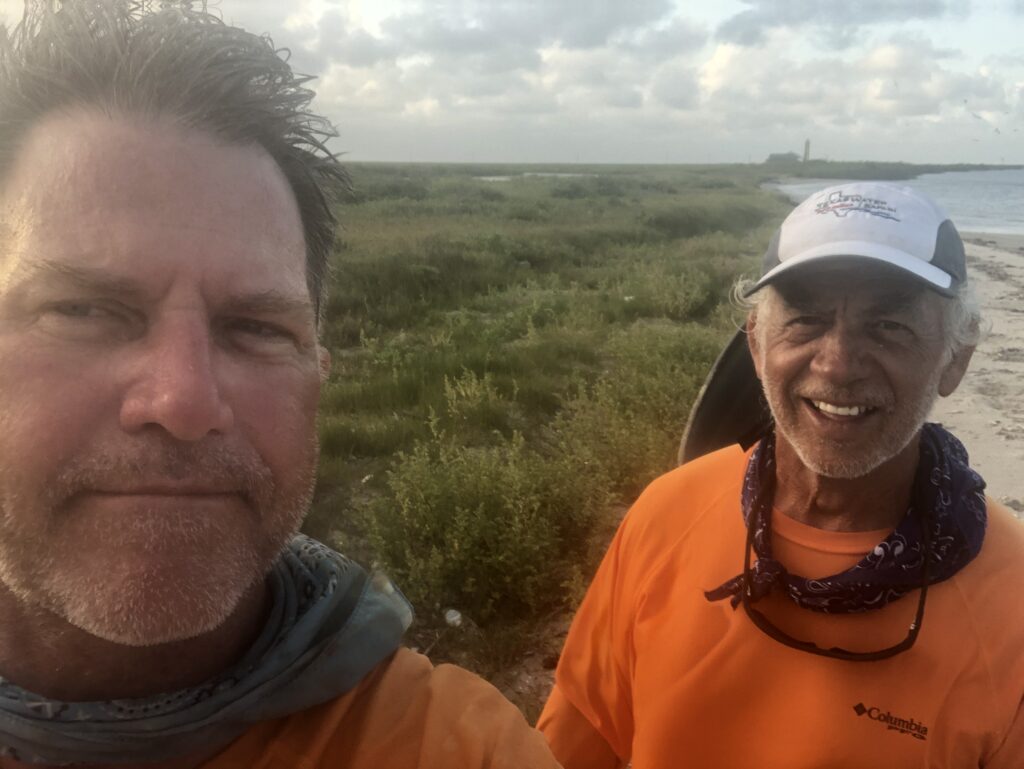 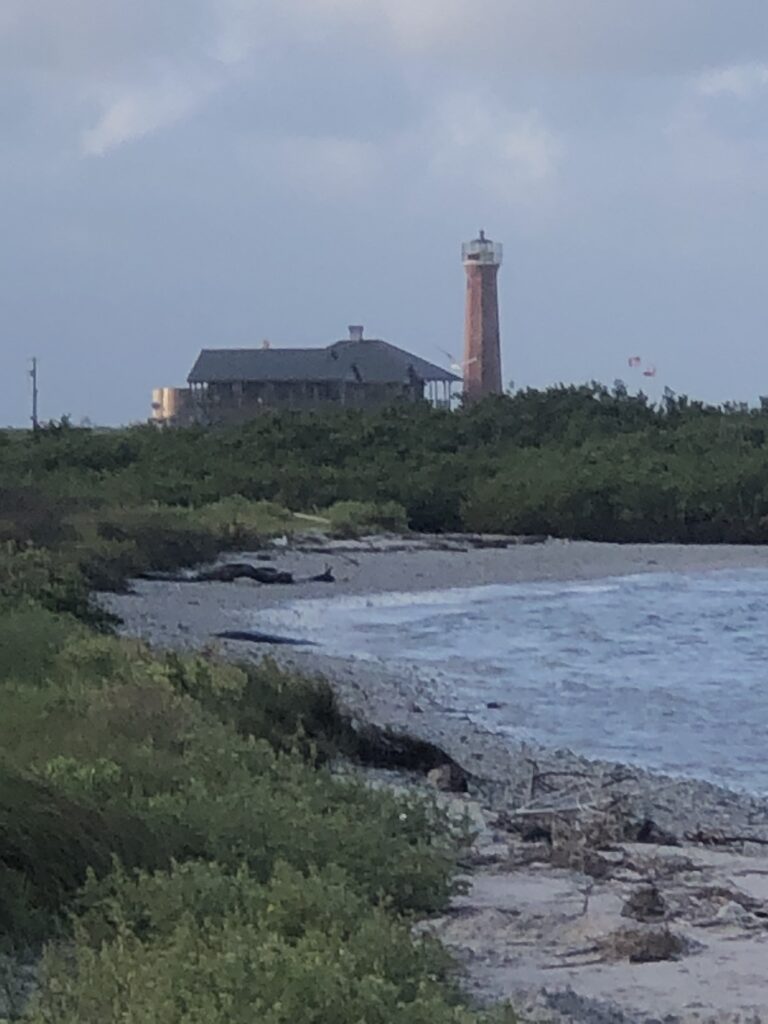 Port Aransas Lighthouse just down the beach from camp 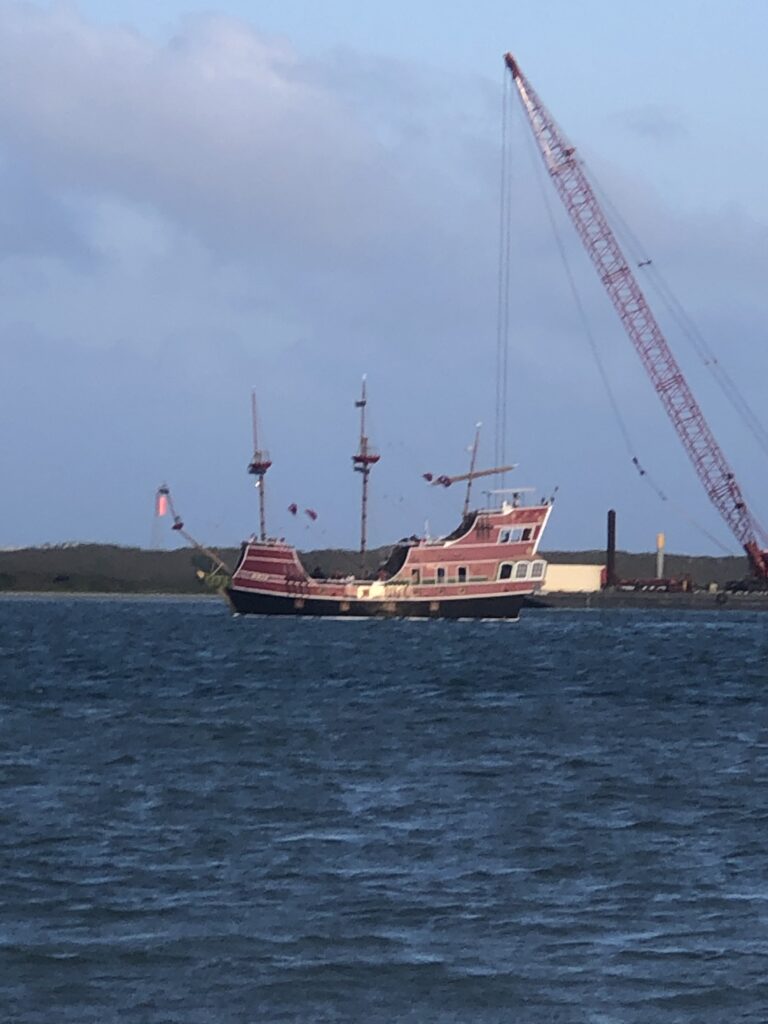